A downloadable game for Windows

HELLO, MY NAME IS NOBODY MOOD PROTOTYPE

*This is a mood prototype intended to be representative of the visuals, mood and tone of the final game. Nowadays the project is on hold, but we wanted to release everything we had developed so far. It didn't make sense for us to have it shelved so, enjoy this little mood prototype we worked on for three months. Maybe we'll get to make this game some day. Who knows.*

Hello, My Name Is Nobody is a party for the people who doesn’t like parties. A conversational game about those moments when you want to be alone surrounded by people. Doubts, desires and anxieties will flow through an innovative dialog system that features interruptions, changes of mind and more little mechanics, building the main core of the experience: organic and fluid conversations about everything and nothing. Welcome to The Rose of Jericho Lounge Bar, do you wanna talk?

HMNIN began as a little concept after the release of The Fall of Lazarus in october 2017. Born from the roughest moments of game dev loneliness it was an experiment looking for a single innovative and compelling gameplay mechanic that allowed the team to get creative without overscoping the project. Inspired by how theater works where people come and go in a single place and the scenary and actors change during the play the project started with the idea of a conversation with a stranger in a bar and kept evolving from there. Hello, My Name Is Nobody started shaping into a narrative driven experience where dialogs would be the main core f the game and the only way of interaction in the game, allowing the player to focus on the conversation flow.

Now we are releasing the prototype we showed at EGX Rezzed 2018. Goichi Suda yelled «SUGOI!» when he saw our HMNIN stand, and that made all of it worth the effort. Hope you like it, drinks are on the house!

THE SOUNDS OF THE ROSE OF JERICHO LOUNGE BAR 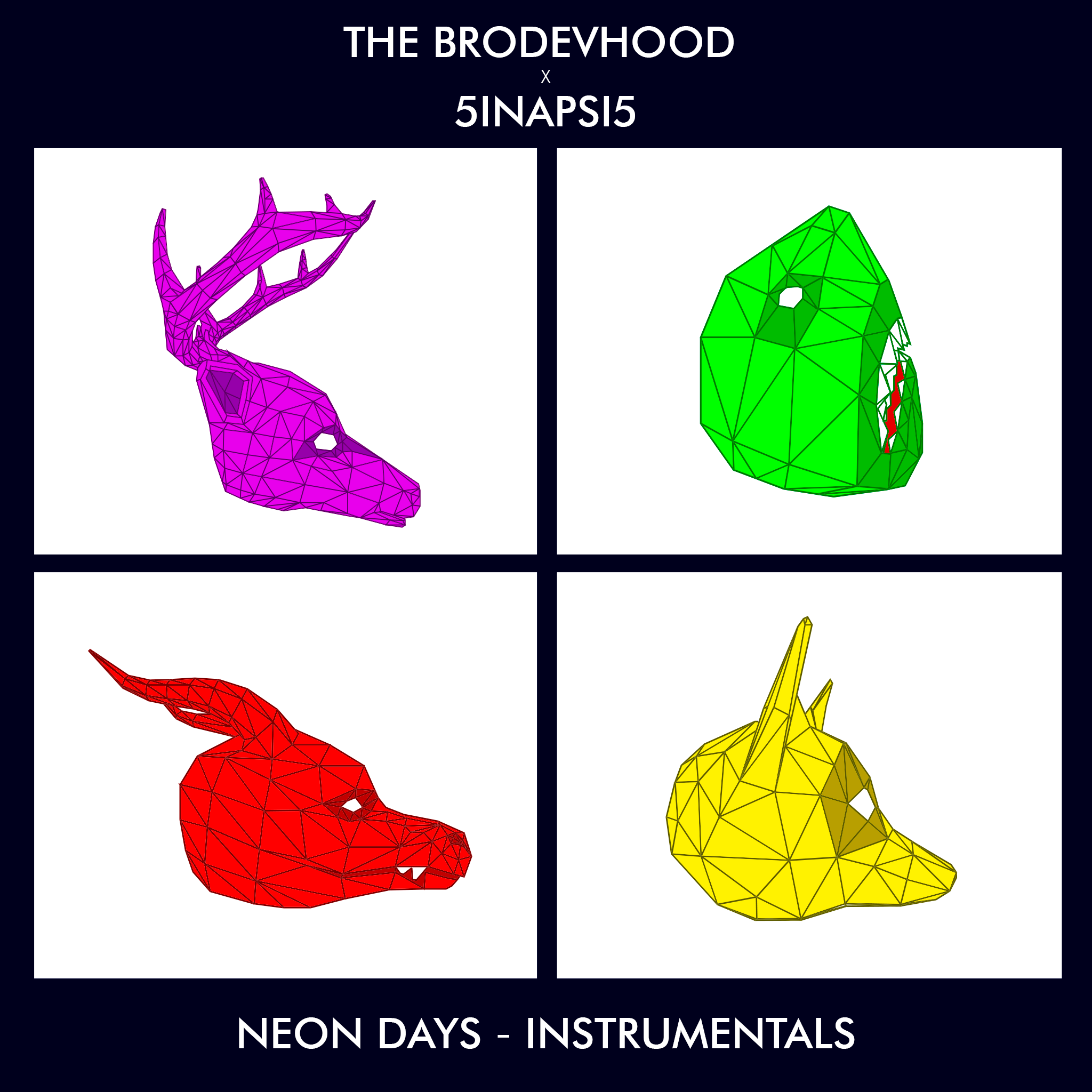 *Cover art by johnny.JPG based and inspired by Gorillaz and their album Demon Days.

HELLO, MY NAME IS NOBODY: NEON DAYS - INSTRUMENTALS

Neon Days - Instrumentals is an experimental album where 5inapsi5 in collaboration with us explored a wide variety of sounds in order to set the mood of The Rose of Jericho Lounge Bar, the fictional pub where the to-be-developed video game Hello, My Name Is Nobody is set up. In this collaboration with the indie video game developers The Brodevhood we tried to channel the mood of the concept "being alone surronded by people" taking inspiration from Baladamenti and Vangelis to trap and urban music going through bands like Gorillaz.

This looks like it would have been cool. It's a shame you aren't coming back to it but congrats on the little bit you finished! 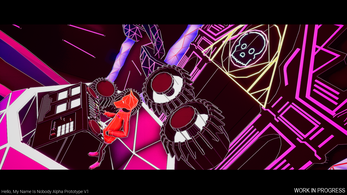 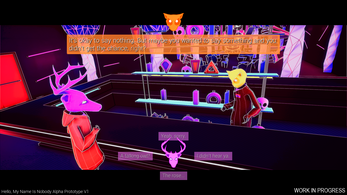 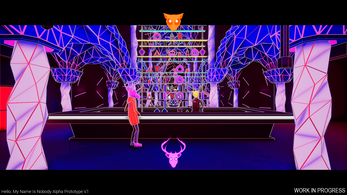 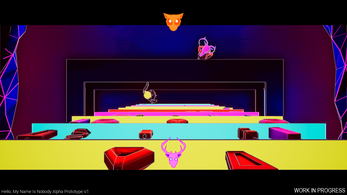